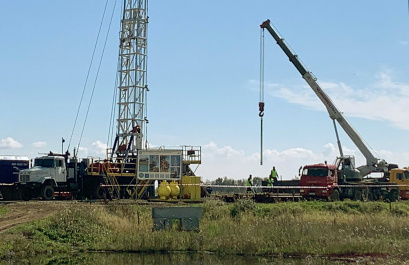 Usolye-Sibirskoye, Irkutsk region, according to the national project "Ecology", demonstrates a fundamentally new approach to solving environmental problems and contributes to improving the quality of life of people.

Governor of the Irkutsk Region Igor Kobzev and Acting Deputy Secretary of the General Council of the United Russia party Dmitry Kobylkin got acquainted with the process of reclamation of the territory of Usoliekhimprom and discussed the prospects for the city's development with members of the Regional Ecology Council at the Public Chamber of the Russian Federation.

“We see a fundamentally new approach to eliminating the accumulated environmental damage in Usolye-Sibirskoye under the Ecology national project. These are new technologies and eco standards, this is the prospect for the development of a previously ruined territory. Jobs will be created here and, ultimately, we will see a modern processing plant that will work for the needs of the region,” said Dmitry Kobylkin.

Igor Kobzev, speaking during the expert discussion, also emphasized that the production facilities of the Vostok Eco-Technopark being created here are intended exclusively for the needs of the region.

“Once again I want to assure the residents: the project is being implemented in strict accordance with the project documentation. Processing of radioactive waste, other informational stuffing on the topic does not correspond to reality. All documentation on the project is in the public domain, and any attempts to “shake up” this topic are just manipulations of public opinion,” - he said.

Andrei Lebedev, director of the direction for the implementation of state and sectoral programs in the field of ecology of the State Atomic Energy Corporation ROSATOM, spoke about the top-priority measures of the “Ecology” national project to bring the most complex facilities of the industrial site to a safe state.

“The liquidation of the shop of mercury electrolysis, the main source of pollution of the territory, is nearing completion. Work is underway to demercurize the dismantled building structures, 680 tons have already been neutralized. Last year, the aboveground part of the building and the foundations of the workshop were dismantled. In 2021, an anti-seepage curtain was built around the perimeter of the building, - noted Andrey Lebedev, - All 12 emergency wells will be liquidated by the end of October.

Earlier, 17 emergency containers containing toxic substances were brought into a safe state. Thanks to the installation of an anti-filtration curtain and oil traps, the threat of a salvo discharge of oil products into the Angara River basin was eliminated.

The roundtable participants also discussed the prospects for the development of industry in Usolye-Sibirskoye, noted the importance of public control in eliminating accumulated environmental damage and the role of educational projects in the field of ecology.

In addition, a project is being developed for the comprehensive elimination of accumulated environmental damage and the reclamation of the Usoliekhimprom industrial site. Engineering surveys have been carried out. Work is underway to develop design documentation for the elimination of accumulated environmental damage in the urban district of Usolye-Sibirskoye.

At the same time, a project is being implemented to create “Vostok” Eco-Technopark in the town of Usolye-Sibirskoye, which will make it possible to process the waste already accumulated at the site and in the future will continue to work for the needs of the Irkutsk Region. Ecotechnopark "Vostok" is focused on processing waste from the metallurgical, pulp and paper and chemical industries. The processing will result in raw materials (mercury, inorganic salts and oxides, mineral materials) for the same industries.