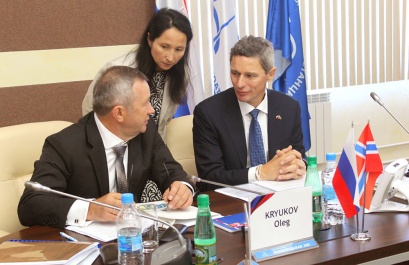 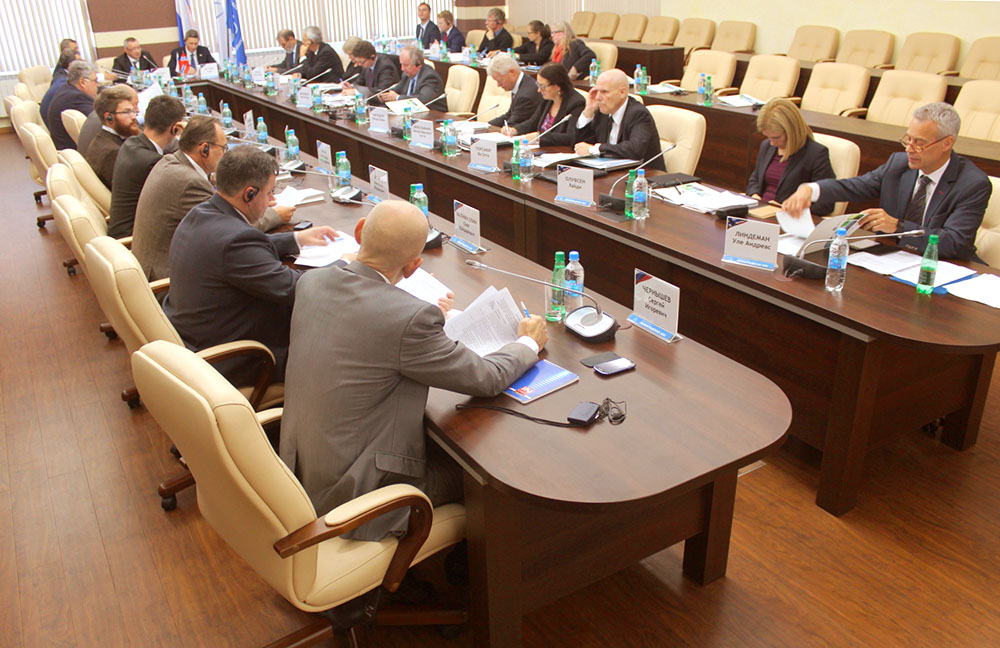 Norway was represented by the officers of Ministry of Foreign Affairs, State Department for Nuclear and Radiation Safety, CEOs of the Finnmark Government, the Ambassador of the Kingdom of Norway in Moscow and Consul General of Norway in St. Petersburg. From the Russian party there participated RF Ministry of Foreign Affairs, RF Ministry of Natural Resources, State Corporation «Rosatom», FMBA of Russia, RosRAO, NoRAO, Atomflot, Concern Rosenergoatom (Leningrad and Kola NPP), the Government of the Murmansk region. RosRAO was represented by Director General Vladimir Luzin and Director of RosRAO’s subsidiary NWC SevRAO Valery Panteleev.

The scope of world attention are the former military sites in the northern neighboring areas where there was accumulated a large amount of radioactive substances, waste and spent nuclear fuel after the nuclear powered submarines had been decommissioned in 1980-1990-s as well as the other nuclear facilities of the North-western region. In 1997 Norway became the first country to perform the joint programs for SNF and RW disposal from the Arctic coast of the Kola Peninsula as a part of the international technical support.  Later the programs involved other countries of the European Union, new cooperation areas appeared, and the cooperation itself became a global partnership.

Today the cooperation covers the area of emergency readiness and actions, monitoring of the situation, RW and SNF management, decommissioning of the nuclear facilities as well as relations between the governing bodies.

The participants of the 19-th meeting introduced the milestone results of the longstanding cooperation. Currently the necessary technical infrastructure is being completed at such facilities as Andreeva Bay, Saida Bay, «Gremikha», «Nerpa», «Zvezdochka» and Atomflot at in the North-western region of Russia and Kola Peninsula for the safe and secure RW management, NPS decommissioning and SNF transfer for further processing.

As it was stated, the created facilities had already processed about 500 t of RW. 79 of the total amount of 100 decommissioned NPS are kept on a solid basement in Saida Bay (SevRAO) and are ready for long-term controlled storage. The projects providing safety  of SNF discharged from the nuclear powered submarines. The first spent assembly is expected to be transported for further processing in 2017.

— In 2017 the scheduled SNF transportation will begin. Spent nuclear fuel will be processed at Mayak Production Union, - informed Oleg Kryukov, Rosatom Director for Public Policy on Radioactive Waste, Spent Nuclear Fuel and Nuclear Decommissioning, co-chairman of the Joint Russian-Norwegian Committee.  — Before 2024 we are expected to transport more than 22 thousands of the spent NPS fuel assemblies. Time is important to us, but security is a priority. Norway is not the only country to participate in this long-lasting project, but it was a pioneer. It is worth mentioning that Russia inputs proper material and intellectual resources in order to transport and process SNF from the Kola Peninsula. The created infrastructure allows to avoid further accumulation of radioactive waste and make this territory free from hazardous radioactive waste.

When it comes to emergency readiness, Russian and Norway concluded the Agreement on Early Warning in September 2015. The cooperation has been drilled within the emergency trainings that took place at the Leningrad NPP in October 2015 and in Andreeva Bay in June 2016. The Russian party informed that there will be established a subsidiary of Rosatom’s Emergency technical center located in Murmansk region for the prompt operation in case of an emergency in the Arctic region.
The participants of the Committee mentioned that the long-term cooperation concerning the environmental monitoring allows to conclude that the general situation for the atmosphere and water resources does not worsen, and the regulating bodies highlighted that the radiation situation in the region has been improved.

In conclusion Ture Hattrem, press-secretary of Ministry of Foreign Affairs of Norway and co-chairman of the Committee on the Norwegian party expressed his being satisfied with the results of the long-term cooperation and returned thanks to the Russian party for the introduced data.

— Russia and Norway are the neighboring countries and thus must cooperate for the matters of health and environmental protection. Data exchange serves for the common well-being and   comfort of the citizens. We are delighted with the results that have been achieved within reacing the nuclear and radiation safety.

The next meeting will be held in June 2017 in Norwegian Kirkenes. It will be dedicated to the results of the 20-year long cooperation and coincide with the scheduled operations for transportation of the spent fuel assemblies from Andreeva Bay to Mayak Production Union for processing.